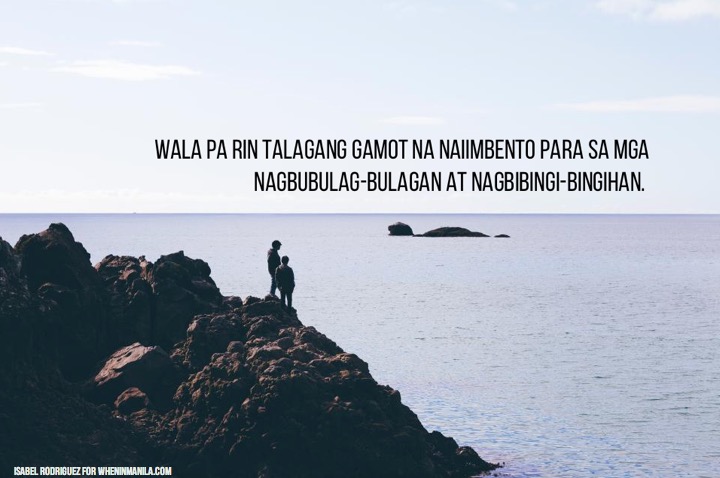 MANILA – On Christmas Day, while some people were sharing holiday greetings and well wishes, the broken-hearted segment of the Philippine population on Facebook was sharing a Dolfenal TVC about the painful journey of a man who was cheated on by his girlfriend. The Facebook users who were sharing the video kept saying “Grabe ang hugot ng Dolfenal!” Hugot is a Filipino term that means to pull out but is now being used as an internet slang to refer to something sad or emotional and is often related to love and relationships.

Apparently, the history behind this Dolfenal TVC is quite a hugot story itself. This ad, directed by Erik Matti, was made by the creative agency, TBWA\Santiago Mangada Puno together with Revolver Studios and Post Manila in 2009. But back then, the response wasn’t as big.

When it was uploaded in Unilab Philippines’ Youtube channel, it only got a little over 3,400 views but when it was re-uploaded at The Viral Express’ Facebook page, the viewership quickly rose to more than 2.7 million in just over two weeks with some netizens reacting as if seeing the ad for the first time. As of this writing, the post already has almost 40,000 reactions, more than 55,000 shares and over 7,600 comments.

“Promise mo sa’kin, okay? Kahit ano’ng mangyari, forever tayong magiging mag-kaibigan. I’ll be that one guy who never breaks up with you and you will be that one girl who will never break up with me. – Dingdong Dantes, She’s the One (2013)

“She loved me at my worst. You had me at my best, but binalewala mo lang ang lahat… And you chose to break my heart.” – John Lloyd Cruz, One More Chance (2007)

This is a text widget. The Text Widget allows you to add text or HTML to your sidebar. You can use a text widget to display text, links, images, HTML, or a combination of these. Edit them in the Widget section of the Customizer.